An Introduction to CBD Oil

Because of this plant compound’s numerous health benefits, cannabidiol/CBD continues to sweep the nation, despite the politics behind getting this natural medicine to ill people.

Cannabis has been stigmatized for decades, but scientists and society cannot deny that the plant’s active ingredients, known as Cannabinoids, provide a natural remedy to a host of health issues.

While CBD, extracted from the cannabis plant, is structurally similar to THC, part of the allure is that it won’t get you high.

CBD extracted from industrialized hemp contains less than 0.2 percent THC, so CBD benefits have nothing to do with getting high (THC is the thing that creates the high effect).

CBD is now the most researched cannabinoid on the market. Rightly so, the studies go back to the 1940s, proving its effectiveness on the nervous and immune systems, with no toxicity, side effects, or psycho-activity.

Cannabis is known to have 85+ different cannabinoids, many of them potentially having health benefits.

“Cannabinoids promote homeostasis at every level of biological life, from the sub-cellular to the organism, and perhaps to the community and beyond,” writes NORML, a foundation that works to reform marijuana laws.

According to research, one of the benefits of CBD is that cannabinoids synergize and help support humans’ built-in Endocannabinoid System (ECS).

It was in 1992 that scientists discovered that the ECS plays a direct role in homeostasis, which regulates every metabolic process in the body, such as pain sensation, appetite, temperature regulation, stress reactivity, immune function (read about CBD and your immune system here), and sleep, as well as other processes.

Even more impressive is that muscle and fat tissue also utilize these receptors to control their processes.

So basically, CBD communicates with our body’s main command center to keep things running as they should. Pretty amazing, this is why people get so excited about CBD.

While the government has arguably made selling CBD quite difficult, the US Department of Health and Services ironically patented cannabinoids in 2001 Patent 6,630,507 reads:

“Cannabinoids have been found to have antioxidant properties unrelated to NMDA receptor antagonism.”

This new found property makes cannabinoids useful in the treatment and prophylaxis of a wide variety of oxidation-associated diseases, … age-related, inflammatory, and autoimmune diseases.

The FDA and DEA refuse to change their stance on cannabis. “Naturally, this shows a certain amount of hypocrisy that there is ‘no accepted medical use’ for cannabis according to federal law.”

Sam Mendez, an intellectual property and public policy lawyer who serves as the executive director of the University of Washington’s Cannabis Law & Policy Project recently told the Denver Post:

“And yet here you have the very same government owning a patent for, ostensibly, a medical use for marijuana.”

Politics aside, let’s look at just nine of the myriad possible benefits taking legal hemp-derived CBD may offer you.

(Before we do you might like to take a look at our delicious gummies containing CBD oil).

Epilepsy is a neurological disorder caused by unusual nerve cell activity in the brain. Each year, about 150,000 Americans are diagnosed with this condition.

Many turn to mind-numbing medications, brain surgeries, and invasively implanted electrical stimulation devices with little to no relief.

Yet, 20 years of research has shown that CBD has anti-seizure activity and has been used successfully to treat drug-resistant epileptic children with no side effects.

“CBD oil is also an excellent option for people with seizures because you want a method of delivery they can’t choke on.

“As an oil, it can be rubbed on the gums and under the tongue,” adds Payton Curry, the founder of Flourish Cannabis and a huge proponent of CBD.

Curry views cannabis as a vegetable and uses everything from the bud to the rootstock to maximize its non-psychoactive properties.

These days, just thinking of the future of the health care system in this country and the assaults on our environment is enough to get a person down and out.

According to the Anxiety and Depression Association of America, persistent depressive disorder PDD affects approximately 1.5 percent of the U.S. population ages 18 and older in any given year.

In 2015, an estimated 16.1 million adults aged 18 or older in the United States had at least one major depressive episode in the past year.

CBD has shown to have antidepressant-like actions, enhancing both serotonergic and glutamate cortical signaling through a 5-HT1A receptor-dependent mechanism.

We live in a Xanax-addled society. Today, anxiety disorders affect 18.1 percent of adults in the United States, which equates to approximately 40 million adults between the ages of 18 to 54.

One of CBD’s most promising implications is in the realm of anti-anxiety.

Studies show that CBD can positively impact behavior and reduce psychological measures of stress and anxiety in conditions such as PTSD, social anxiety disorder, and obsessive-compulsive disorder.

Even some pet owners have reported that using CBD oil on their dogs has helped calm down their dog, writes Gunhee Park, Co-Founder of Ministry of Hemp.

While more research is needed to illustrate the optimal dosage for anti-anxiety, consider this an opportunity to experiment and learn what works for you.

One of the benefits of CBD is combating oxidative stress. Today, chronic disease is on the rise like never before, with oxidative stress playing a significant causative role.

Oxidative stress occurs when the body has too many free radicals and can’t counteract the damage.

People fall prey when eating a nutrient deficient diet or when they experience an onslaught of toxins, and the body can’t keep up and detox, causing more symptoms of the disease.

How amazing that CBD is particularly beneficial in the treatment of oxidative stress-associated diseases of the CNS because of cannabinoids’ ability to cross the blood-brain barrier and exert their antioxidant effects in the brain.

Chronic low-level inflammation can severely erode your health; the silent lurker contributes to at least seven of the ten leading causes of mortality in the United States.

While real organic food and proper nutrition should be the basis of any anti-inflammatory protocol.

CBD has been shown to have anti-inflammatory properties and to significantly suppress chronic inflammatory and neuropathic pain without causing dependency or tolerance.

(You can read more about CBD oil pros and cons here).

Another of the many benefits of CBD is that it can reduce pain and protect neuro-pathways.

To put things in perspective, we are now losing more people to opioids than from firearms or car crashes – combined.

Cannabis can regulate immune functions and shows positive effects where neurons have been damaged, making it a safe and effective treatment for ALS, Alzheimer’s, Parkinson’s, and MS.

As if CBD wasn’t already a home run, CBD also plays a positive role in our metabolism and body weight regulation.

In a published, medically reviewed study in the scientific journal Molecular and Cellular, Biochemistry CBD was found to:

Not sleeping can wreak havoc on your psyche and physique. According to the American Sleep Association, 50-70 million U.S. adults have a sleep disorder today.

Medically reviewed evidence suggests that Hemp oil can improve the quality of sleep and reduce anxiety. I can attest.

Another study found that the oil reduced participants’ cortisol levels, linked to anxiety and stress in the body.

When it comes to doses for treatment, Gunhee writes that CBD dosing experiments have shown that small doses of CBD have an “active” effect, meaning it actually helps you stay active and focused.

Interestingly, large dosages have the opposite effect: sedation. (This post looks in detail at the question of how does CBD oil work?).

One of the most significant benefits of taking CBD is in combating addiction. How ironic that we can use a compound belonging to a Schedule 1 Drug (marijuana) to stop the addiction to other narcotics.

A limited number of preclinical studies suggest that CBD may have therapeutic properties on opioid, cocaine, and psychostimulant addictions.

One of the most promising applications is using CBD to curb the habits of cigarette smokers.

CBD can even be effective for the treatment of cannabis withdrawal syndrome and certainly helped me kick Xanax.

Many of these could replace synthetic drugs that have flooded the market and allow patients and customers to use a natural, non-addictive plant compound as a remedy.

“But then again, maybe that’s the exact reason why progress has been so slow… approval of CBD as a legitimate supplement and drug would be a significant blow to big pharmaceutical companies,”

Despite the political roadblocks, CBD oil has proven time and time again to be an incredible natural medicine for many illnesses.

Before you go, there is another potential benefit to using CBD that we didn’t mention in the post.

You can read more on this link about potential CBD oil menopause benefits, and if you are interested in pain relief, you might want to buy CBD body oil. 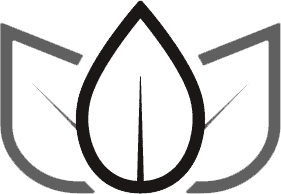